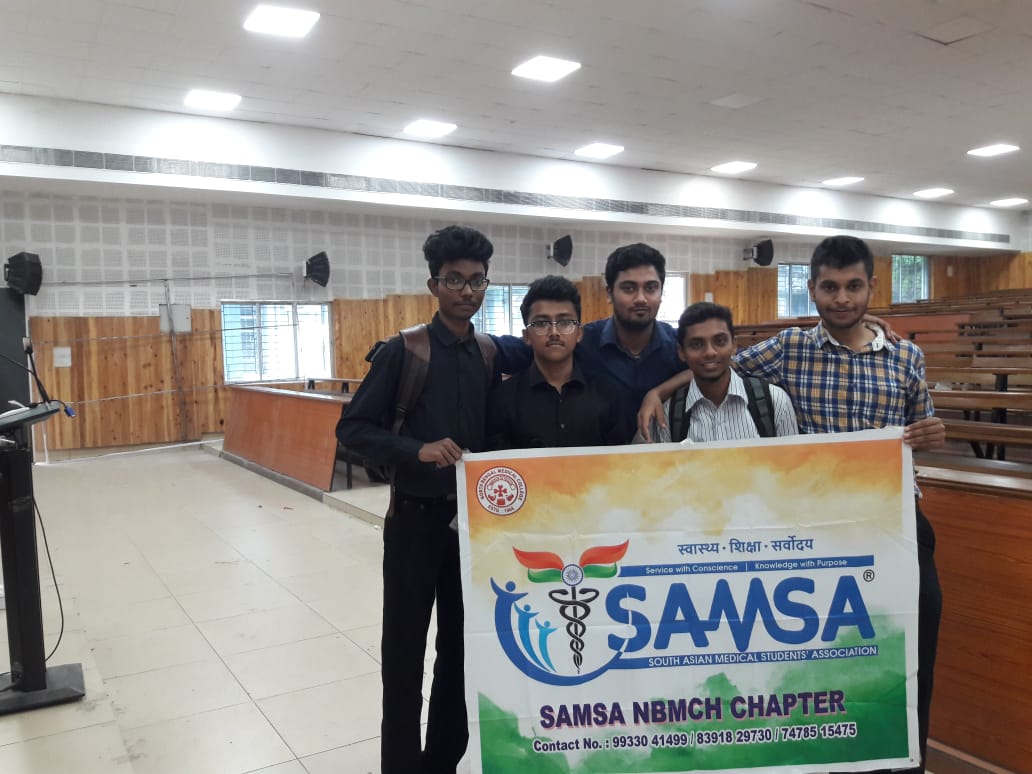 North Bengal Medical College chapter of SAMSA set it’s first step as the chapter organized it’s first event – a seminar on Organ Donation  on 24 May, 2018
The event was attended by several dignitaries such as  the Principal, Dean and MSVP of NBMC. Other dignitaries included the Head of the Department Of Medicine of NBMC and an eminent neurologist as well.

Almost all the departments shared their views on organ donation. The event was attended by nearly 90 people
Issues which were discussed in the seminar were – ethics of transplantation, brain death, medico legal aspects and different transplantation procedures
The Dean of NBMC was even gave a vision to start transplantation in their college one day as well.

SAMSA hopes that this enthusiasm on organ donation will be reflected on each and every mind and soon no one will die waiting for an organ to be transplanted.

Awareness on Malaria and Dengue at Loreto College