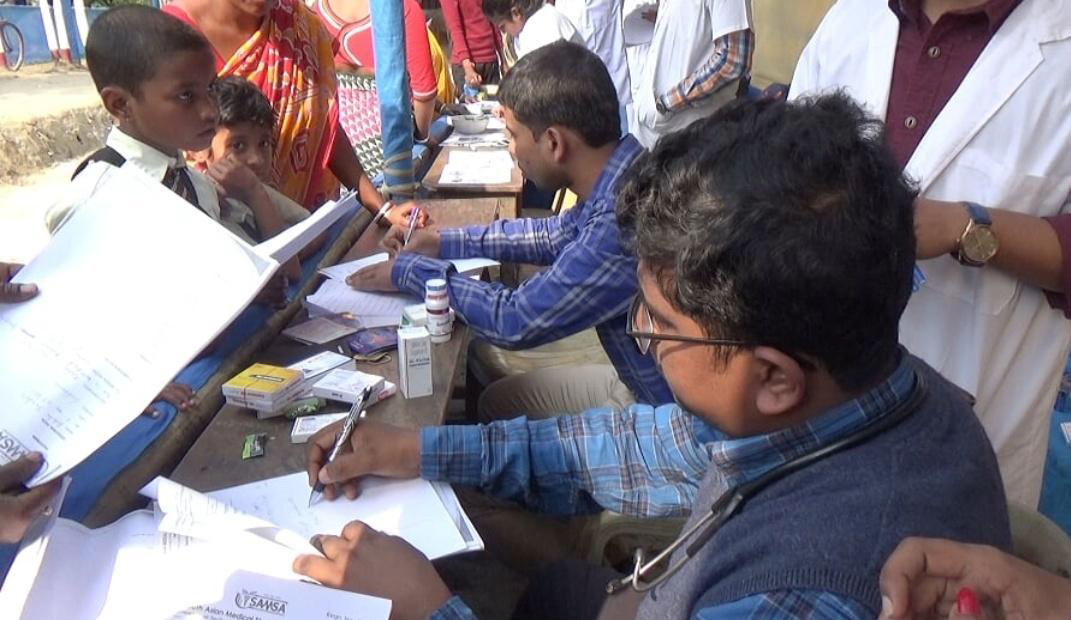 The aim was to treat the patients for the common ailments that prevail around Gabbaria and to motivate people and encourage them to pledge to donate organs, which has been the main motto of Donor Cup initiative of SAMSA.

The health camp was carried out under the guidance of Dr. Rahul Mishra amd Dr. Mithun Maity, doctors from ESIC MCH. The volunteering medical students performed basic health checkup and provided advice on how to tackle conditions prevalent in the area such as anaemia, Vitamin A deficiency, calcium deficiency and malnutrition. The doctors examined the patients and prescribed them medicines which were given for free.

The blood donation camp was simultaneously conducted in which 29 people donated blood.

SAMSA matures into a driving force for Organ Donation