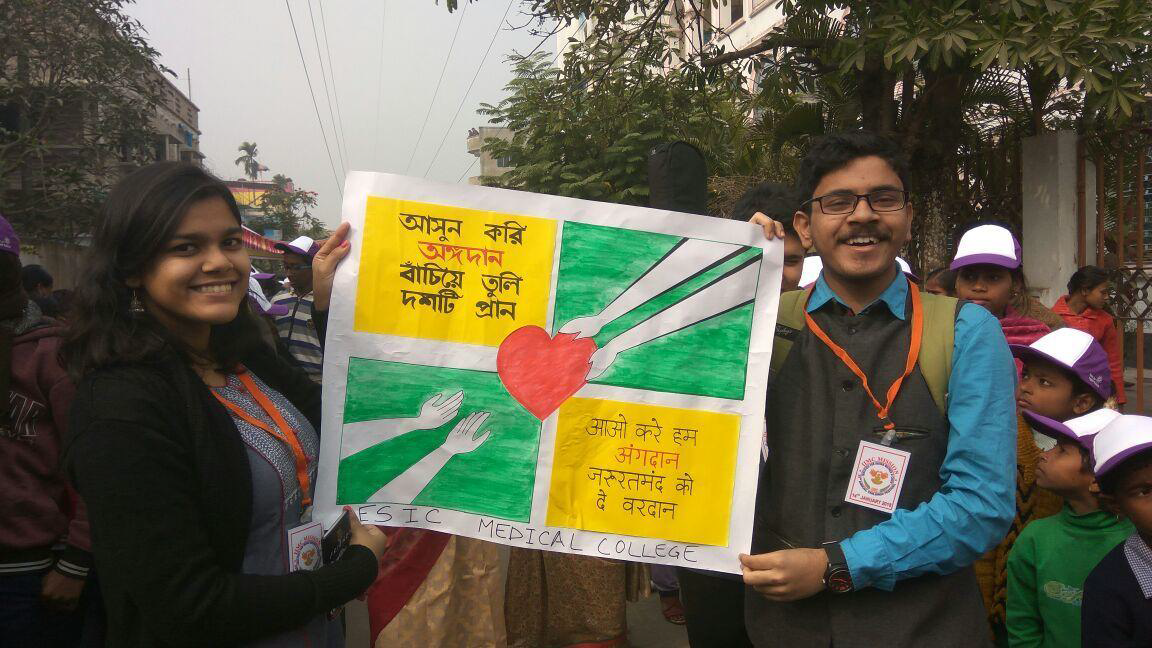 A cultural event was held on 14th January, 2018 at Indian Institute for Maternal and Child health, Sonarpur. The target population consisted of about 1500 rural residents and other non-medical professionals.

The main aim of the event was to create awareness about organ donation among them and to motivate them to pledge their organs. The audience mainly consisted of the women and children who were the beneficiaries of IIMC. Many doctors and foreign delegates from Australia also attended the event.

The first part of the event was a march from IIMC to the sports ground. The students of ESIC MCH marched along with the IIMC students in this march with banners. The banner and slogans were motivational and meant to increase awareness among people.

In the evening there was a musical performance by ESIC MCH in which they talked and sang about how organ donation spreads joy and happiness to families and why people should consider it.

Applications For The Organizing Committee of SAMSACON’19